History of Branding, Body, and Product:

As this project looks at the bodies we brand and the brands we embody– the inextricable tie between the corporate world and that of the corporeal– it is important to examine the roots of such tradition, the history behind branding, body, and product in the United States.

​In his article “A Brief History of Branding”, Matt Shadel writes,

“The modern word Brand is derived from the word “Brandr”, a word from Ancient Norse meaning “to burn”. Around 950 A.D. a “brand” referred to a burning piece of wood. By the 1300s it was used primarily to describe a torch, essentially a burning piece of wood that is used as a tool. By the 1500s the meaning had changed to refer to a mark burned on cattle to show ownership. Individual ranches would each have their own unique mark so ownership could be determined if their animals were lost, stolen, or mixed in with animals from another ranch. Each brand had to be simple, unique, and easy to identify quickly – essential traits that are still common to modern logos”.

While this is true, Shadel fails to mention another form of branding that was adopted in the early history of the United States: the branding of slaves and black bodies as product. While branding is often associated with cattle, and now, with the building of a commercial enterprise, branding has a violent history in its linkage to slavery– a history that must not be forgotten in our glorification of brands today.
​Like they would with cattle, slave owners fashioned and inflicted their personal brand on the skin of their slaves, physically marking the men and women’s place as their “products”, their bodies constantly bearing a demarcation of ownership. This history of the objectified, marked, laboring body– while not often talked about– has deeply influenced today’s global capitalist practices.

Perversely, the idea of “branding” has become not only lauded but glorified today. Start-up’s, celebrities, and teenagers alike are being told to “elevate their brands”, find and own who they are through branding. It's dangerous and wrong to link today’s capitalist practices with this liberatory attitude. While today’s branding is no longer a brutal, oppressive practice like that of the slave owners’, it still has ties to the brutal history and is still highly problematic in other regards.

In Silvia Federici's Caliban and the Witch, she writes, “capitalism has created more brutal and insidious forms of enslavement, as it has planted into the body of the proletariat deep divisions that have served to intensify and conceal exploitation” (62).

It is important to note this lasting violence, as well as the fact that different bodies have different ties to capitalism and the history of branding. We must take this into consideration as we continue to navigate our corporate brand-obsessed country and world. ​​

It’s important to remember that celebrities don’t just voice support for brands– they endorse socio-political issues as well.
​Feminism is a great example of this.

​
​From Beyoncé’s iconic “FEMINIST” graphic at the VMA’s, to the proliferation of “this is what a feminist looks like” apparel, women’s rights and representation has grown increasingly linked to commodity and capital. Feminism is, now more than ever before, a powerful and persuasive brand– and while this is exciting because more people are “buying in”, it’s also a problem.

Take celebrity endorsement. Some of today’s most “newsworthy” headlines are about whether “‘x’ celebrity considers him/herself to be a feminist. People are coming out as “for” or “against” feminism– identifying or refuting their “feminist” identification on a national and world-wide stage. And again, this is great– people are talking about equality. Celebrities are elevating the discussion, opening it up to a larger audience. But it's also problematic.

"A celebrity endorsing feminism in terms of whether they are one or are not one often ends up commodifying and reifying feminism, so that feminism becomes a sort of product, easy to either embrace or reject, rather than a historically complex series of movements and activism."

In this sense, celebrities are erasing a long-fought, deep historical tradition of women fighting, struggling, and standing up for their equality. For them, “feminism” wasn’t something so easy to simply buy or own. 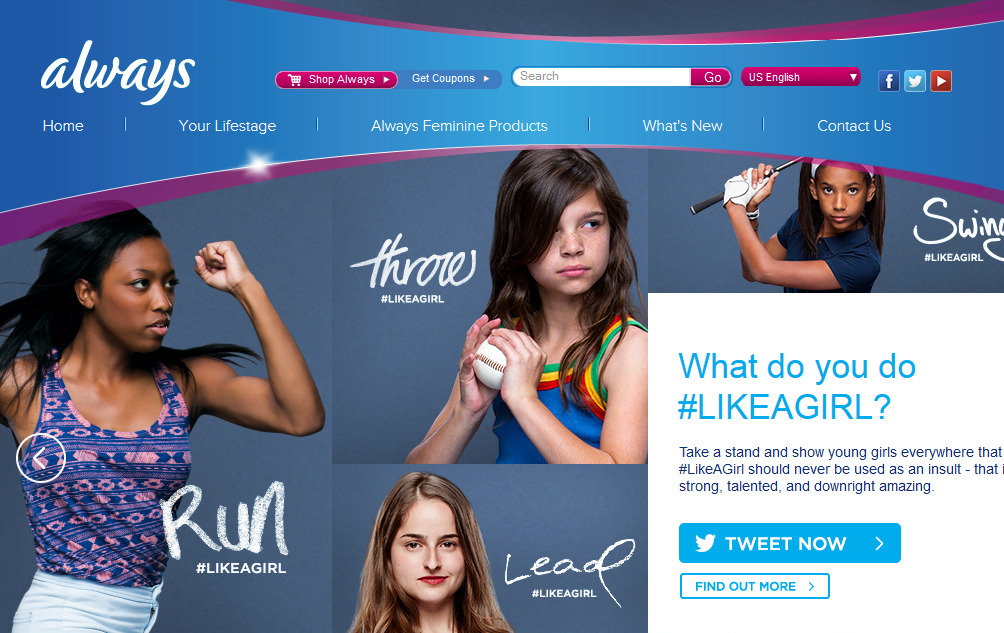 ​
​Advertisers have gotten onboard the feminist commodity train as well… using and selling feminism alongside their material products. Nosheen Iqbal of The Guardian examines this recent onslaught of “femvertising”, writing:

“Behold! The advertising industry, once bent on selling us sex is now selling us its disgust with sexism.”

She goes on to give an example, writing about Pantene’s recent #ShineStrong campaign:

“#ShineStrong launched in June 2014 with a short film titled Sorry, Not Sorry, which highlighted how women constantly apologise without thinking at work, at home, to strangers and friends. The video went viral. A conversation about the message, and not the medium – which let’s not forget, at heart is still an advert about selling swishy, shiny hair – was had on feminist blogs. No more apologies for existing, ladies (or for having limp, dank locks). If the commercialisation of the movement has taught us anything, it’s that you can challenge gender norms, battle inequality … and buy more shampoo.”

Iqbal highlights an ever-present and ever-increasing issue– feminism today is driven, run, and constantly touched by capital and commodity. It has become a brand of its own.

Perhaps it’s best to consider the words of Andi Zeisler, co-founder and creative/editorial director of Bitch Media. In a talk at USC, she reminded the crowd: “Don’t hate media, make media”.

​This is a great motto in theory, but tricky to execute in practice. How do we make “feminist” media that stops the dangerous erasure that comes with the commodification of feminism? How do we support, create, and uphold a feminist aesthetics, and issues of feminist art and culture without engaging in the dangerous commodification and simplification of the word and the word’s history?

Should feminism and commodity touch? Are the two inextricable? Can we stop them from touching and overlapping? Should we?

These are things to consider as we move forward as artists, buyers, and citizens. ​​